The course is available directly from Claranet Cyber Security or you can book through one of our partners. The course is now available as live, online training and can be delivered for you individually or for your company. Contact us below with your requirements.

Very impressed with the lab environment. Course is packed with Information and exciting challenges. Excellent Content and in-depth presentation. Loved the practice timing and walk-through. The extended lab access is helpful to practice after the class.

This course was exactly as described. It delivered good, solid information on the current state of infrastructure hacking at the rapid pace promised. This was a great way to get back into this area after years away from it.

Compressing 4 days of material is very hard to do. I have to say that this class did it well. My brain hurts, not because the class was bad but because it was very, very good. The instructor was well versed in the subject and the assistance was effective. I really appreciate the "recap" after every section. Top notch. The course was exactly as described.

It provided me with the latest Information Security research & development

Took this course as the 4-day was full, and was prepared for a fast-paced nightmare! On the contrary this course was well planned for the timescales. Happy with the solution.

Attendees will be able to:

The fast-paced class teaches you a wealth of hacking techniques to compromise various operating systems and networking devices. The class will cover advanced penetration techniques to achieve exploitation and will familiarise you with hacking of common operating systems, networking devices and much more. From hacking Domain Controllers to local root, VLAN Hopping to VoIP Hacking, we have got everything covered.

Whether you are penetration testing, Red Teaming, or hoping to gain a better understanding of managing vulnerabilities in your environment, understanding advanced hacking techniques for infrastructure devices and systems is critical. The Advanced Infrastructure class will get you familiarised with a wealth of hacking techniques for common Operating Systems and networking devices. Whilst prior Pen Testing experience is not a strict requirement, a prior use of common hacking tools such as Metasploit, or attendance at the Infrastructure hacking course is recommended for this class.

System Administrators, SOC Analysts, Penetration Testers, Network Engineers, security enthusiasts and anyone who wants to take their skills to next level. While prior pen testing experience is not a strict requirement, familiarity with both Linux and Windows command line syntax will be greatly beneficial and a reasonable technical understanding of computers and networking in general is assumed. Some hands-on experience with tools commonly used by hackers, such as Nmap, NetCat, or Metasploit, will also be beneficial, although, less advanced users can work their way up during the 30 days of complimentary lab access provided as part of the course.

The course is ideal for those preparing for CREST CCT (ICE), CHECK (CTL), TIGER SST and other similar industry certifications, as well as those who perform Penetration Testing on infrastructure as a day job and wish to add to their existing skill set.

The only requirement for this course is that you must bring your own laptop and have admin/root access on it. During the course, we will give you VPN access to our state-of-art Hacklab which is hosted in our data-center in the UK. Once you are connected to the lab, you will find all the relevant tools/VMs there. We also provide a dedicated Kali VM to each attendee on the hacklab, accessed using SSH. So, you don’t need to bring any VMs with you. All you need is admin access to install the VPN client and once connected, you are good to go!

Other courses to further your knowledge

These classes are ideal for those preparing for CREST CCT (ICE), CREST CCT (ACE), CHECK (CTL), TIGER SST and other similar industry certifications, as well as those who perform penetration testing on infrastructure or web applications as a day job and wish to add to their existing skill set.

Enquire about your training

We provide training directly (live, online or in person) and also work with a range of training partners in different locations around the globe for classroom or live, online training. Please contact us with details of your requirement and we will recommend the best route to access our amazing training.

The course can also be booked directly through our accredited training partners. 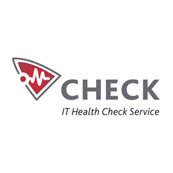